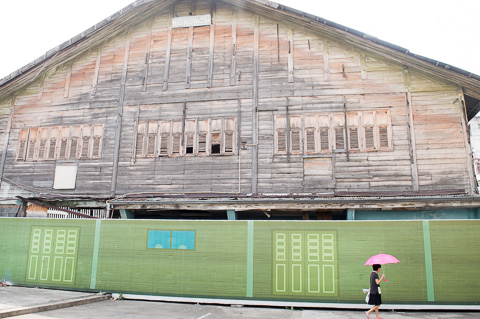 Sala Chaloem Thani or the Nang Loeng Cinema, is the original wooden cinema in Thailand.  Built in 1918, the cinema showed films for over 75 years until it’s closing in 1993.  It’s a landmark in the city’s cultural tour due to it’s proximity to Nang Loeng Market.

In response to One Word Photo Challenge: Film.

This site uses Akismet to reduce spam. Learn how your comment data is processed.